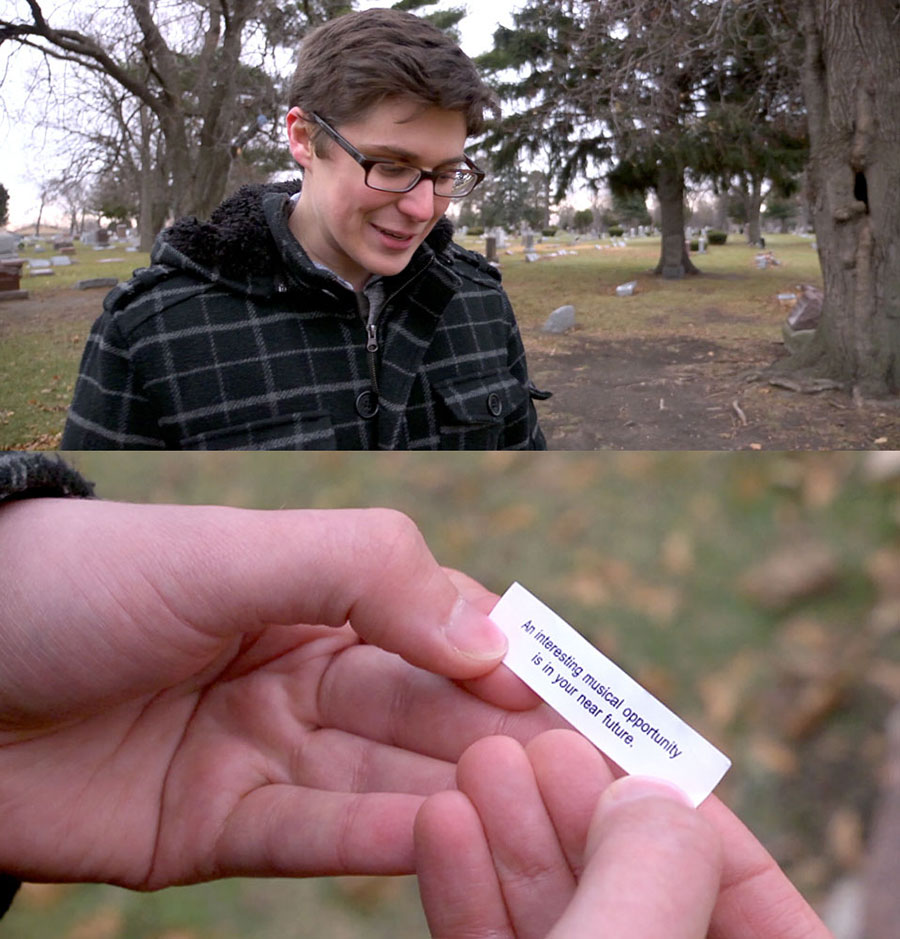 About three years ago I got a fortune cookie that promised “an interesting musical opportunity is in your near future.” For some reason I kept it instead of my usual ritual of balling it up and throwing it away with the rest of the Chinese takeout trash.

A few days later I found myself in a graveyard staring at the headstone belonging to my great grandfather, Eustasio Rosales, a man believed to be Chicago’s first Hispanic composer. An hour beforehand I had just laid eyes on an unperformed opera this ancestor of mine wrote decades ago. I decided to take a giant leap of faith and declared that I would put the opera on for a world premiere almost a century after it was written. Once and for all.

I had no experience with producing operas. That’s putting it mildly– I didn’t even know if I *liked* opera music to begin with. And there were probably a million other reasons NOT to try and do this Very Difficult Thing. But it wasn’t long before I found brilliant musical accomplices like Pablo Santiago Chin and Chris Ramaekers and the Chicago Composers Orchestra who decided to roll the dice with me on the hopes that this music that nobody had ever heard before might be good.

On that fall day in 2013 I left the fortune cookie prediction on the gravestone of my great grandfather as a kind of offering. Three years and one opera production later, we’ve answered the question that people in my family have been asking for generations: what does this music sound like? And because we made a documentary about this musical adventure, you can answer that question with us. I poured my heart and soul into this damn thing and I can’t wait for you to see the film. Watch the trailer below: